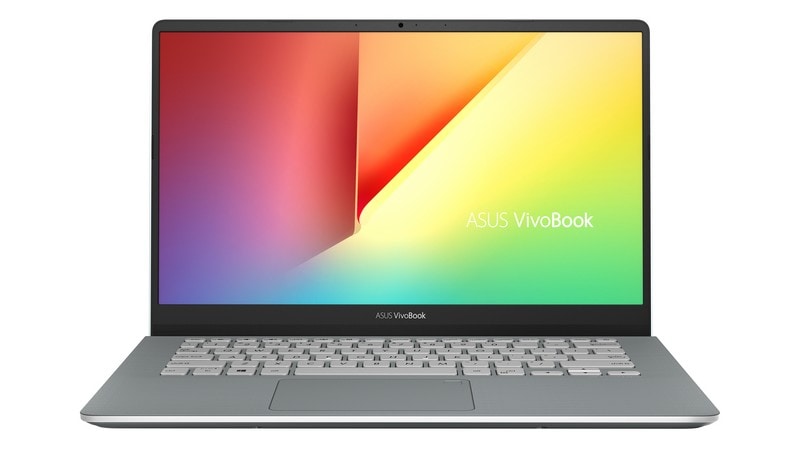 Taiwanese consumer electronics company Asus on Tuesday launched its lightweight Windows 10 laptops – VivoBook S15 (S530) and VivoBook S14 (S430) in India at a starting price of Rs. 69,990 and Rs. 54,990, respectively. The former will be available from Asus exclusive stores from November 15, while the latter is exclusive to Flipkart and will go on sale on November 1. The Asus VivoBook S15 and VivoBook S14 come in Firmament Green, Star Grey, Silver Blue, Gun Metal and Icicle Gold colours.

Both the laptops are the first in the Asus VivoBook series to feature a three-sided ‘NanoEdge’ design that has narrower bezels along the top and sides of the display. “This gives S15 an 86 percent and S14 an 84 percent screen-to-body ratio, thus, offering an immersive experience in a compact package. The panels also feature wide-view technology and colour reproduction for life-like visuals even when viewed from extreme positions,” the company added.

The 15.6-inch VivoBook S15 weighs 1.8kg while the 14-inch VivoBook S14 weighs 1.4kg. They are said to have a side profile just 18mm thick. The VivoBook S15 is also touted to have a full-sized keyboard with 1.4mm key travel. Both laptops also feature an ErgoLift hinge design, that helps lift the keyboard by 3.5-degrees, giving it a more desktop keyboard type feel. The hinge also helps provide extra ventilation. A Windows Hello-certified optical fingerprint sensor is built into the touchpad.

“They can easily slip into laptop or travel bags, even backpacks and be one’s constant companions,” the company said in a statement.

Both the lightweight laptops are powered by up to 8th-Generation Intel Core i7 processors and Nvidia GeForce MX150 graphics. The company is also touting Wi-Fi 802.11ac, USB Type-C (v3.1), USB Type-A (v3.1), HDMI, and microSD card connectivity options on both the VivoBook S15 and VivoBook S14 laptops. Fast charge technology is said to deliver up to 60 percent charge in 49 minutes.