Performance of Bharti Airtel dipped marginally in March to 9.3Mbps from 9.4Mbps in February, according to the data published by the telecom regulator. Though Vodafone and Idea Cellular have merged and operate as Vodafone Idea, the TRAI published their network performance separately. 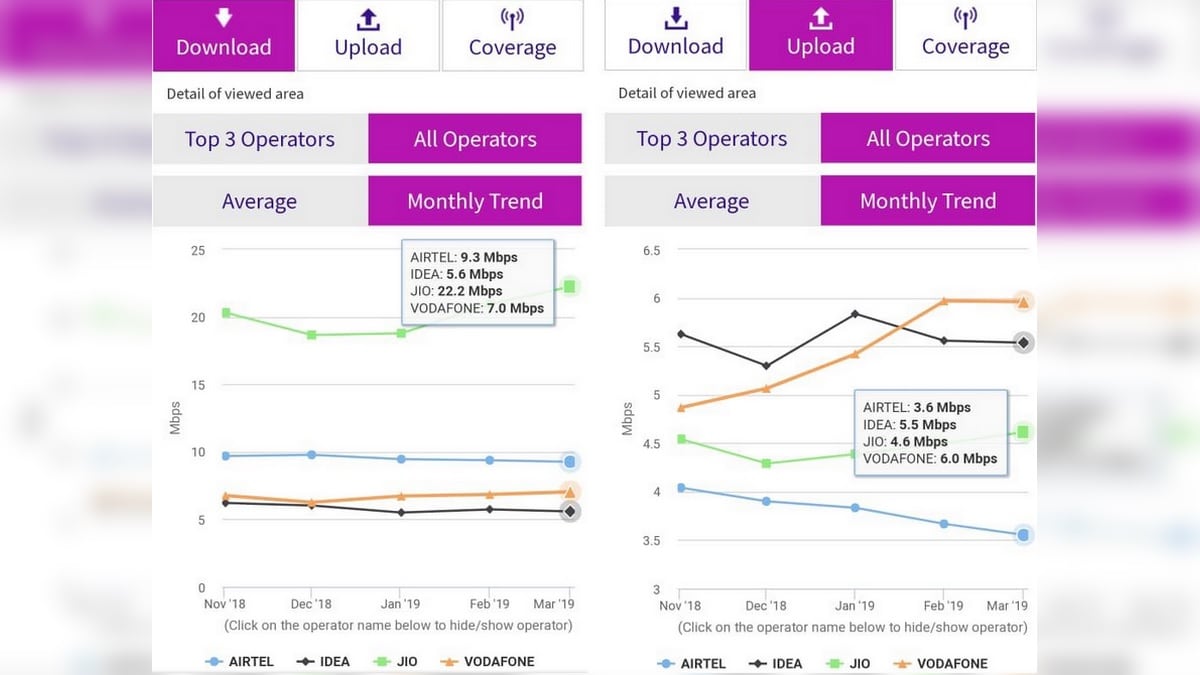 The average speed is computed on the basis of data collected by the TRAI with the help of its MySpeed application on a real-time basis.