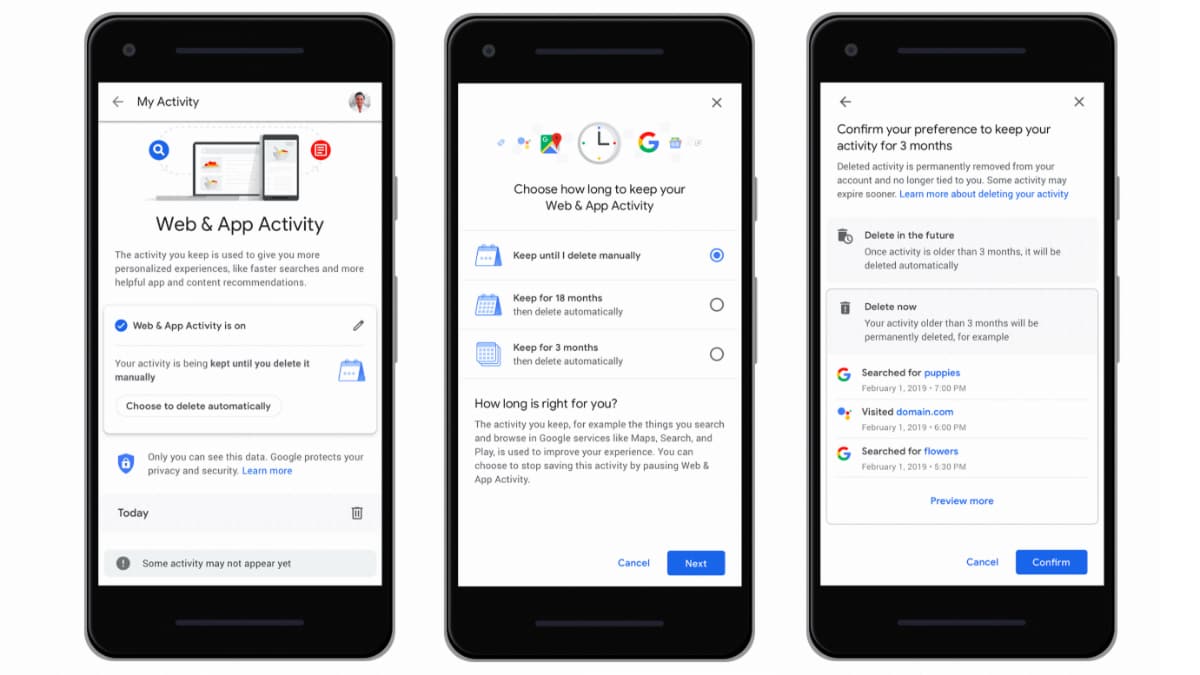 Google has started rolling out the auto-delete feature on Android and iOS to let users easily manage their location history and activity data. The feature, which was announced last month, gives you the ability to choose for how long Google should keep your location and activity data. Once a time limit is set, the auto-delete feature enables the system to automatically delete the saved data from your Google Account on an ongoing basis. The feature can be used to delete the location history available on Google Maps or any activity data the search giant picks up from its Web or app offerings after a specific time interval.

Using the auto-delete feature, you can choose a time limit between three months and 18 months after which your Google Account will automatically delete your location history and Web as well as app activity. The feature is provided within the Web & App Activity page available under the My Activity section of your Google Account.

Notably, since Google is gradually rolling out the auto-delete feature, it may take some time to reach your Android or iOS device. The data that the feature considers for auto-deletion includes your location history and activity data pulled from products such as Google Maps, Search, and Google Play. It can also include the data that’s been captured by third-party apps and sites using Google services.

As we mentioned, Google announced the release of the anticipated auto-delete feature in May. “You should always be able to manage your data in a way that works best for you– and we’re committed to giving you the best controls to make that happen,” the company had said in a blog post while announcing the feature last month.