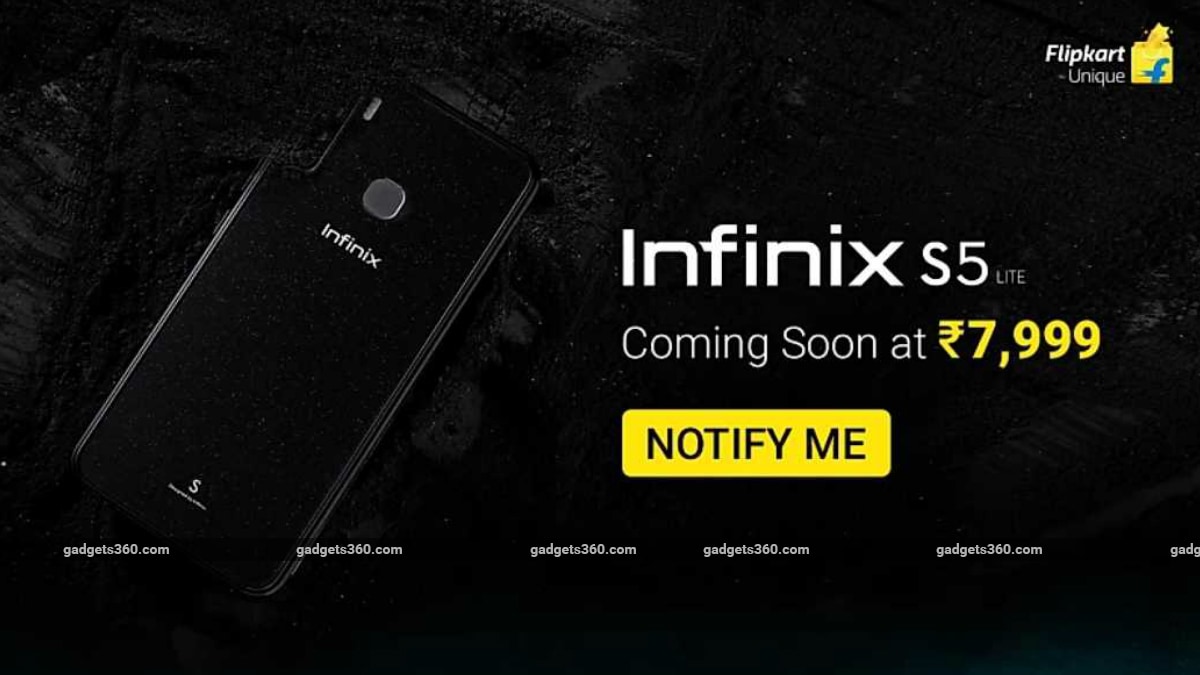 As mentioned, the Flipkart teaser page reveals that the Infinix S5 Lite will be priced in India at Rs. 7,999. The phone is teased to sport a hole-punch display with the cut-out placed on the top left edge. At the back, there are multiple cameras, and while the setup isn’t clearly visible, there seems to be four sensors alongside flash support. A rear fingerprint sensor is also seen, and the Infinix S5 Lite will be launched in Green and Black gradient finishes at least. There’s no clarity on whether only one RAM + storage variant will launch in India, just like the Infinix S5, or multiple configurations can be expected.

Notably, the Flipkart teaser is only visible on the app, and not on the desktop site. Flipkart has made the Notify Me button live for the Infinix S5 Lite, and users can go to the app to register their interest. There is no word on when the phone will go on sale in India, but we can expect more details on when it launches on November 15. The Infinix S5 Lite, as mentioned, will be a stripped down version of the Infinix S5, and it should probably see downgrades in the processor, battery, RAM, or camera. This is pure speculation from our end though, and we will know all specification details in a few days